Reinforcements arrive to help the notorious Black Sun syndicate spread its influence across the galaxy in this expansion for Star Wars: Legion! Operating out of its fortress on Mustafar, the Black Sun makes ample use of criminal elements willing to take on any task for the right price. This expansion invites players to hire an additional six Black Sun Enforcers that they can add to their Imperial, Separatist or Shadow Collective forces as a corps unit. Additionally, they will also find a Black Sun Vigo miniature that can lead this unit or act as a commander for the entire force. Finally, three command cards give these mercenaries their own playstyle while eight upgrade cards give players the chance to customize their units with additional weapons, gear, and more! 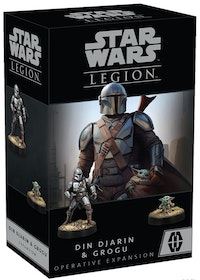