BRING D&D LEGENDS TO THE TABLE
Minsc & Boo. Karlach. Tasha. Play as D&D’s most iconic characters and weave a tale of power and intrigue as you battle your friends. Want more? Show your strength with the glory of the D&D gods—personified in their own Magic cards.

DUNGEONS & DRAGONS MEETS MAGIC
COMMANDER LEGENDS: BATTLE FOR BALDUR’S GATE
Dungeons & Dragons storytelling meets Magic’s most social format in a new crossover multiplayer experience for the ages. Turn every game into an adventure with iconic D&D characters and spells. And create your own powerful character from the ground up with the return of Commander Draft.

Each Collector Booster contains 15 Magic: The Gathering cards and 1 traditional foil double-sided token, with 2 Foil-Etched cards and 10 Traditional Foil cards in every pack.

In each booster you’ll get a combination of 6 cards of rarity Rare or higher, 2–5 Uncommon cards, 3–6 Common cards, and 1 Land card. Traditional Foil Borderless Mythic Planeswalker in 1% of boosters. 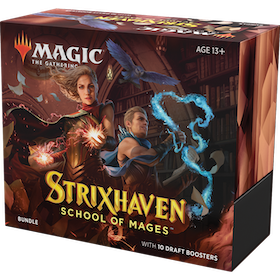 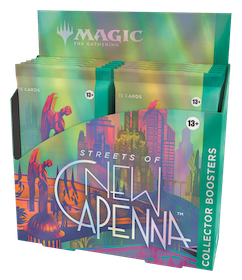 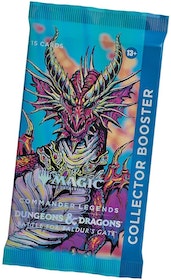 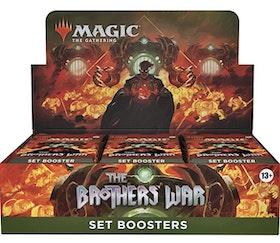